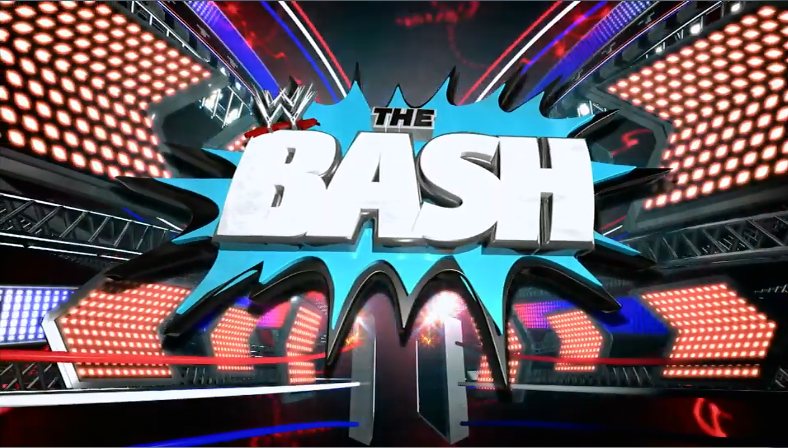 Woo, a scramble match! ECW one in 08 was super fun, and I remember this being fun too

. Helps that we start with Christian Vs Swagger

FINLAY IS THE THIRD MAN~! Man, how GOAT would the NWO have really been if FINLAY was the third man in 1996?

Swagger is the first to get a pin and be the current ECW Champ when he goes after Finlay’s eyes, which were injured a few weeks ago, and rolls him up! So now Swagger needs to prevent any other pins or submissions from happening and he’ll be the champion when this match is over. But it’s gonna be hard to do that are more superstars enter the match!

FATTY DREAMER~! The ECW Champion has made his way into the match, but he MUST get a pin or submission now to make sure he keeps the title because Swagger is the current holder of the title!

Urgh, than damn ECW taunt. Fuck off. Urgh, then he botches being thrown into the fucking corner, and ends up collapsing on the floor and landing on Christian.

Swagger makes the mistake of trying to attack Finlay while the doctor is checking him over, but ends up getting sent face first into the ring post, then gets hit with the… the ummm… Finlay’s finisher and now FINLAY is the current ECW champion!!!

MARK MOTHERFUCKING HENRY makes his way into the ring and the first move he hits takes out SWAGGER, CHRISTIAN AND DREAMER. Can anyone stop the World’s Strongest Man? Dreamer can’t, as he ends up feeling the power of a World’s Strongest Slam, and Henry has already made his MARK on this match by becoming the new champion already!!!

Everyone decides to gang up on Henry, because one on one, he’ll fucking MURDER THEM.

Oh shit Henry is climbing the ropes for a dive of his own!!! Bah, Swagger stops him. Just ONCE I wanna see a big fatty dive over the top rope

SWAGGER PINS HENRY~! With that Vader Bomb in the corner than never beats anyone. THE FUCK?

KILLSWITCH~! Christian was seconds away from pinning Swagger, but Dreamer pulls him off, hits a DDT and gets the 3!!! A minute left on the clock and Dreamer is looking set to retain his title!!!

Everyone is SCRAMBLING for a pin (ha, get it? Scrambling? In a SCRAMBLE match? HAHAHAHAHAHA I think I’ve made this joke before…).

Time is up, and FATTY DREAMER retains his ECW Championship and he can’t believe it

Edge is complaining to Teddy Long about not being on the show tonight. Woo no Edge match!

This match is considered the absolute best of their 09 series, and gets rated very high. Last time I saw it I didn’t care for it as much as most people as it felt far too choreographed, which took me out of it a bit.

Tonight is the BIGGEST NIGHT in Mysterio’s career, apparently. So, WM 22 wasn’t?

Seems to be a bigger problem here than things looking too choreographed tbh. They just seem to be going back and forth trading moves, with nothing to tie them all together. It’s just HIGH SPOT HIGH SPOT HIGH SPOT COUNTER COUNTER HIGH SPOT.

I think I’ve just witnessed the worst spot in a wrestling match. Jericho tries to do something to Rey on the top rope, but Rey holds on and Jericho… Jericho throws himself back off the rope to the mat and… it looks so terrible and fake.

Jericho rips off Mysterio’s mask, but he has another on underneath and quickly hits a 619 and splash to regain the IC title and keep his mask.

Wow, I really didn’t like this much at all. Considered by many to be the best in their series, but me? Worst, for sure.

The Great Khali Vs Dolph Ziggler

Teddy Long shows up and makes it a triple threat tag team match by adding in Edge & Jericho, in an attempt to impress Mr McMahon while on probation. This was also the birth of Edge & Jericho trying to become the new 2 Man Power Trip… until Edge injures himself

Some solid tag work by Cody and Teddy, as they work over Primo and keep making quick tags and whatnot. But it’s nothing special or amazing or anything. Best part was when Cody accidentally went over to Jericho and Edge’s corner, allowing Edge to tag into the match finally… then he goes for a Spear, misses and gets tagged out immediately by Ted DiBiase

A hot tag to Carlito, then Edge tags himself in, hits a Spear and wins the match and the titles for himself and Jericho.

Mrs Undertaker Vs Mrs Just About Everyone!

Damn, Melina is really going after McCool here. She wants REVENGE for… some sort of jaw injury or something? I dunno, no video package means I’m lost with most feuds lol.

Well these two have a pretty damn good match, certainly one of the best on this show so far. McCool becomes the NEW champion when she hits the Styles Clash!

Punk cashed in MITB on Jeff at ER, and now Jeff is getting his rematch… all the while bitching that Punk “stole” the title from him by doing exactly what the MITB was made for. The fans aren’t as behind Punk any more either. Oh sure, they loved it when he “stole” the title from Edge in 08 by cashing in MITB, but doing it to Jeff? OMG WORST PERSON EVER.

First 2 minutes or so of this match are pretty much HEADLOCKS~! from both men. And not done in an exciting way, either.

. Hardy CRASHES AND BURNS trying to dive off the steel steps and smashes into the barricade. See kids, this is why you should learn to wrestle and not rely on jumpy jumpy flip flip

Punk works the back a little, and Hardy comes back with nothing but clotheslines it seems. Sometimes normal ones, sometimes ones that cause him to fall to the mat, and sometimes diving ones off the apron. Plenty of clotheslines no matter what. Exciting.

KICK TO THE HEAD~!

GTS COUNTERED INTO A TWIST OF FATE~!

So the match is staring again, Punk attempts a GTS again, gets elbowed in the FACE and seems to be hurting. The referee checks on him, then Punk ends up kicking the referee in the back “by mistake” because he couldn’t see properly

John Cena Vs The Miz

Also… Orton is champion again. I… have no recollection of how he won it back

Looked it up. So Batista was injured and had to vacate the title. Again. Orton wins it in a 4 way, HHH wins a 10 man battle royal to become #1 contender… and that brings us to this match. A hell match. I mean, 3 stages of hell. Either way it’s gonna be torture for me.

Right then. First fall is a straight up wrestling match. Second fall is a no holds barred match. Third fall, if needed (and it will be, because it always fucking is), is a stretcher match.

Oh my god this match has no hope. It starts off awful. I was maybe hoping it might possibly be potentially decent, as they HAVE had some non-bad matches in the past, but nope. Not tonight. They are starting off this thing as shitty as possible and I don’t see it getting any better.

HHH decks Orton with a chair and loses the first fall via DQ, but gets to maul Orton with the steel chair going into the no holds barred match.

PEDIGREE ON THE FLOOR~! Oh ok, this is falls count anywhere, not no holds barred. Because HHH just pinned Orton on the floor to win the second fall

Shitty “in the crowd” brawling, from two guys who are kinda bad at brawling. Just what this match needed.

Fuck me, this is beyond DULL. I’d have more fun watching moss growing in real time.

Pedigree on the steel. Yawn.

Just as HHH is about to win, Cody shows up for the save. Magical. Then Teddy shows up to make another save when Cody is taken out. When they teased Legacy breaking up, I totally didn’t expect this to happen… [/sarcasm]

In the end, Orton retains. I however lose my sanity.